I recently signed up for the new 1mbps limited package offered by ROL. this package will set you back 950/- per month and gives an allowance of 60GB international traffic… they also offer a 2mbps package with 80GB international allowance for 1450/-. oh yeah.. it works over your cable modem.. fiber not required. I’ve been testing it for a bit an i’m really impressed with the package…  Previously i was on their home Mega Pipe 1M home package which is basically a 1mbps unlimited package for 1200/-. now this package usually gave me around 80% of the promised bandwidth most of the time which isnt really bad for a shared connection… but what made me switch, especially with the limited allowances ?

i do monitor my internet connectivity, and so i know i burn through 50-70 gigs a month including any video2home. so i will be able to get away with 60 gigs of international bandwidth. i know there are higher speed packages out there but the allowances on those are so flimsy… this seemed to be a good deal. Dhiraagu’s 50GB and 75GB package does not include video2home and goodness of bursty-ness…

Although as of today they have a strange policy for these packages when u reach the limit.. they apparently disconnect you for the rest of the month??? for now they don’t even offer the option of topping up or squeezing ur pipe like dhiraagu does… strange…. if you are the type to accidentally go over your limit i’d advice you to hold off upgrading till they figure something out for that problem.. which is in my opinion a major issue for most ppl. as they wont login to dashboard that often..

Dear ROL, why not just squeeze to 128kbps or 64kbps till end of the month? i’m sure it would be better than a customer getting pissed that they can’t even pay their way to connectivity? But hey…since the package is still not announced publicly they might even do something about it before they announce it properly.. i would suggest they do so… it’s gonna be a question on everyone’s mind.. but if you really want it now you can sign up for it at their counters…but be aware of this… or ask.. if it has changed? to the test stuff.. keep in mind.. this is just my experience.. not a controlled environment and not a benchmark.. just plain old daadi’s thoughts…

Speedtest.net to a UK Server

youtube 720p and 480p tests… 480p has no issues can stream without any hiccups… 720p does stutter occasionally so buffering is required.

As you can see it does perform consistently as promised.. and more… if it’s worth for you?.. i can’t tell you that 🙂
UPDATE: 10/03
apperantly you can buy extra allowance if you exceed your limits… multiple blocks from 2GB all the way upto 50GB.. that makes so much more sense.

interesting site… got a lot of stuff… locally hosted on a focus IP… 202.21.176.60 on focus an therefore great speeds to guys on focus network… decent collection to start off with.. and they do have a request page as well… haven’t tried it yet… oh.. an it seems like it’s free too…

i’m on a 1mbps line and as you can see i can get it around 100% and get it consistently…. if they can provide great content.. it would be much much better than downloading over rapidshare, megashares etc…
i don’t think it would work too well for people on dhiraagu tho…..
more thoughts on the site later..
UPDATE: 10/07/10

Speed has been consistent so far… much more so than rapidshare or hotfile which i usually use…. now if only they update their library… 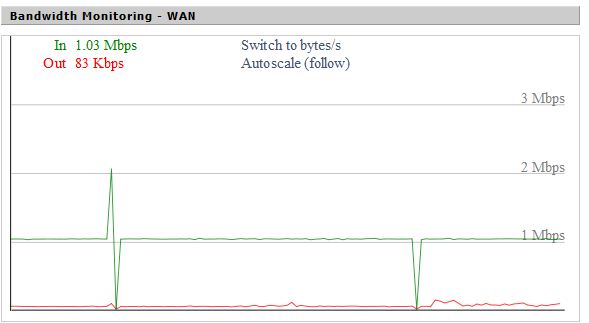